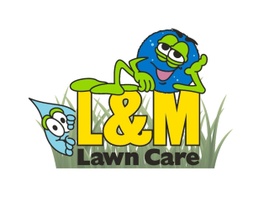 Brown patch thrives when it is hot and humid, and can affect your lawn in late spring, summer, or early fall, depending on what type of cool season grass you have, where you live, and recent weather conditions. If your lawn has begun to yellow rapidly, take a closer look at the size and shape of the affected areas. With brown patch, they are likely to be roughly circular, though a bit irregular. Patch sizes can range from a few inches to several feet in diameter. If brown patch has been active for a while, the spots might also look like patches of good grass with rings of dead or thin grass around them. Besides yellow, do you notice any other colors in the patchy areas? Brown patch patches can be darker purple or burgundy on the outside, for example. Other signs include irregular tan spots bordered by a darker outline on grass blades, brown and shriveled blades, rotting at the base of the blades, darker blades that look water-soaked, and possibly white, cobweb-like growth around the blades (typically found in early morning, before the dew dries).

The effect and appearance of a fairy ring can vary depending on what type of fungus is causing the problem. They generally form one or more of the following: A ring of toadstools on the lawn when there is enough moisture; One or more rings of deep green, lush looking grass; Areas of dead/yellowed grass or bare soil between the lush rings. Some may find a fairy ring that of the toadstool type an attractive feature. Especially in a grassy woodland environment. They can, however, cause serious problems on a more formal lawn.  Fairy rings are the result of certain types of fungi forming fungal threads in the soil that the turf is laid on. The most common fungus to cause fairy rings is Marasmius Oreades.  The fungal threads are packed tightly and deep into the soil. The effect of the tightly packed threads on the grass is to starve the roots of both water and nutrients. They do this by inhibiting root growth and preventing water uptake. The resulting lack of water will effectively kill the grass in badly affected areas of the lawn. This results in yellow/brown patches of grass appearing around the fairy ring. Bare patches of soil may appear on the lawn where the grass has been dead a long time.

As its name suggests Dollar Spot is a lawn disease that results in tan / grey spots appearing on your lawn. These spots can vary from 1 to 6 inches in diameter. They can also overlap and merge to form larger patches of diseased lawn. The fungus that causes dollar spot will result in the grass blades having tell tale tan colored legions with red/brown edges. Dollar spot is caused by a fungus. The fungus survives over winter by taking hold on plant matter that appears in the layer of thatch that occurs in the lawn, it also inhabits plant matter in the soil. In wintertime the fungus is not actively growing but when the warmer temperatures (70-90F) are reached in spring the fungus will start growing and spreading.

With the right lawn care program, Dollar Spot should not be a problem. It is more often or not the result of a neglected lawn. Dollar spot is a serious lawn disease as it can affect and kill the whole of the grass plant including the roots. This means that affected areas of the lawn will often need reseeding. Dollar spot will infect many different grass varieties.

This is snow mold—a lawn disease caused by two principle fungal culprits: gray snow mold (Typhula spp; aka Typhula blight), and pink snow mold (Microdochium nivalis, also known as Fusarium patch). As the names suggest, gray snow mold shows a white-to-grayish webbing to the infected areas, while pink snow mold is grayish to pink. It appears as the snow cover begins to melt and may continue to thrive and spread if the weather is cool and damp. Usually, the discolored spots begin to shrink as the weather becomes hot and dry, but in rare years that are cool and wet, the spots may persist through the summer and into the fall.

The fungi remain inactive in the soil in the form of resistant fungal structures or spores, easily surviving high summer temperatures but not actively growing. The spores or fungal structures launch into active growth beneath snow cover in the late winter when the temps. beneath snow cover range from slightly below freezing to about 45 F. When snow cover melts, the active fungal infections will continue to thrive and spread until surfaces dry out or temperatures are steadily above 45 F. Pink snow mold is slightly more tenacious, growing actively as long as the lawn is moist and temps. are between 32 F and 60 F.

On leaves, anthracnose generally appears first as small, irregular yellow or brown      spots. These spots darken as they age and may also expand, covering the leaves. On vegetables, it can affect any part of the plant. On fruits, it produces small, dark, sunken spots, which may spread. In moist weather, pinkish spore masses form in the center of these spots. Eventually, causing fruits to rot. On trees, it can kill the tips of young twigs. It also attacks the young leaves, which develop brown spots and patches. It can also cause defoliation of the tree.  Anthracnose is a fungal disease that tends to attack plants in the spring when the weather is cool and wet, primarily on leaves and twigs. The fungi overwinter in dead twigs and fallen leaves. Cool, rainy weather creates perfect conditions for the spores to spread. Dry and hot weather stop the progression of the disease that may begin again once the weather conditions become optimal.  Anthracnose fungus is rarely fatal & infects many deciduous and evergreen trees and shrubs, as well as fruits, vegetables and grass. Anthracnose is noticeable along the leaves and the veins as small lesions. These dark, sunken lesions may also be found on stems, flowers and fruits. In order to distinguish between anthracnose and other leaf spot diseases, you should carefully examine the undersides of leaves for several small tan to brown dots, about the size of a pin head.

Signs of Take All Root Rot are usually so subtle that most lawn owners won’t notice the infection right away. Young leaf blades often begin to yellow or turn a faint colored green. This is often misdiagnosed as being a nutrient deficiency or damage caused by chinch bugs. The problem is then realized when they begin to turn very brown and die off in an irregular pattern. At worst, the roots can all die off and kill the entire grass and become replaced on your lawn. The clearest symptom of Take All Root Rot is the emergence of yellowed leaf blades which eventually become brown and begin wilting. What follows is the turf begins thinning, and what is left are brown irregular looking patches which range between 1 foot to as much as 20 feet in diameter.

The reason this disease is called Take All Root Rot is due to the disease's tendency to remove the grass from your lawn so you end up with a bare spot; it takes everything so all you’re left with is just dirt, hence, the name--Take All Root Rot.

Take All Root Rot causes rotting of the stolon itself, the actual runner of the grass, as well at the roots. If you pull out a runner you will see that it browns or almost blackens lengthwise down the stolon. If you start to pull the stolon up from the dirt, you’ll see that the roots themselves are short, blackened and rotting. Healthy roots are usually a light creamy white color and pulling the plant out from the root would take some effort because it would be planted firmly. A lawn infected with the Take All Root Rot, the plants could be tugged out from the soil with little to no effort, like a lawn grub problem. Generally,  you’ll find it in the shady areas of the lawn like most lawn disease problems